skip to main | skip to sidebar

The second year Buddhist Chaplaincy training will be held 58 Eccleston Square Victoria (www.thebuddhistsociety.org) evey first Sunday of the month except for the month of June (in June it will be on the 26th of June instead) and pl make sure you register for the course by sending an email either to me or Keith.

Sunil
Posted by Sunil Kariyakarawana at 02:04 No comments:

Meditation in the Main Building 2011

This is to let you know the Monday -Tuesday Lunchtime meditation in the Main Building has begun again for the new year and if you are in and around central london pl feel free to drop in. It si from 12:30-13:30 every Monday and Tuedays.

Very best wishes to you all. sk
Posted by Sunil Kariyakarawana at 02:02 No comments:

I have the great pleasure in announcing you that the AF Annual triservice conference is scheduled for from 25-27th of May 2011 at Amport. This years one is a special conference which coincides with the 2600 year of Sambuddha Jayanthi. I very much look forward to hearing from you. Pl book your place now! SK
Posted by Sunil Kariyakarawana at 01:58 1 comment:

New date for the next meeting is the 29th of May and the same venue: London Buddhist Vihara (Chiswick W4). I hope many of you can make it to the meeting in which office bearers will be appointed. Following 12 posts are available and should you wish to nominattions pl drop me a message with the candidate's name and service.

Thanks and look forward to seeing you.

Sunil
Posted by Sunil Kariyakarawana at 22:55 No comments:


It is with a profound sense of sadness and grief that we learnt the demise of H.R.H PRINCESS VADHANA KROM LUANG NARADHIAS RAJANAGARINDRA who was the Royal Patron of world famous Pali Tipitaka Presentations.

As the Buddhist Chaplain to Her Majesty the Queen Elizabeth’s Forces, we would like to record the heart felt condolences of all Buddhist serving in all British Forces and Buddhist civilian staff of the Ministry of Defence UK.

We would also like to take this opportunity to humbly acknowledge and gratefully appreciate the deep devotion Her Royal Highness shown to the Buddha Dhamma and Buddha Sasana by Promoting and propagating the Buddha Dhamma throughout the world through her Royal Patronage to the World Tipitaka Society.

Respectfully yours in Dhamma,

(on behalf of all Buddhists in Her Majesty the Queen Elizabeth’s Forces)
Posted by Sunil Kariyakarawana at 06:29 No comments:

NEW YEAR GREETINGS TO ALL! 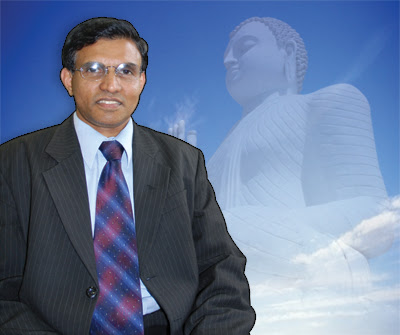 Posted by Sunil Kariyakarawana at 06:24 No comments:

Visit to Amaravati, Ajahn Vajiro showing us around... 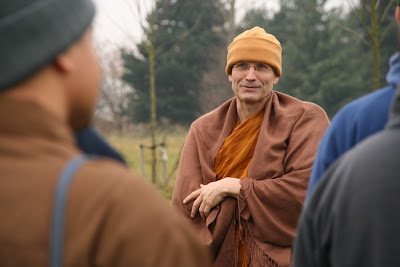 Posted by Sunil Kariyakarawana at 06:21 No comments: